So the Oculus Rift is coming out this summer-ish and as a Kickstarter backer, they’re sending me a free one (I’m hoping it’ll be the same as the consumer version).

I knew the machine was going to cost quite a bit to make, but I honestly thought they were going to initially sell them at a loss (like some consoles), but the $600 price seemed a bit excessive… at first.  A friend of mine pointed out that for a new tech like this, they really need to get them into the hands of people who are willing to shell out the money to get them first because it’ll be these people who have powerful enough machines to run them – and enough tech experience to adequately sing its praises.

I guess the main reason I was a little sad was that I know that I’m only currently capable of making small casual games that could sell for a couple of bucks, and people who buy a $600 piece of equipment are probably looking for something a bit… shinier?  😛 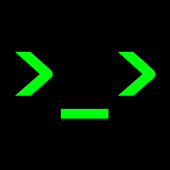